Upgrading To VS 2015 in An Enterprise Environment: What It Means For A GUI Automator 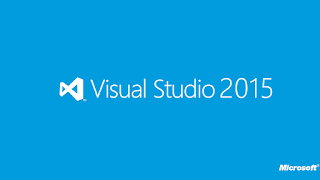 On July 20, 2015 Microsoft announced the official RTM (Release To Manufacturing) of the newest version of VS (Visual Studio). After seeing a sneak peak at the Microsoft Build Conference in April of this year, I was really pumped to check it out. I played around with it a bit before the RTM via some Azure VMs, but never actually did "work" work with it. But after letting it bake a bit until Update 1 (November 2015) I decided it was time to take the leap. I was also encouraged by the fact that our team's build platform (TFS, Team Foundation Server) was going to be upgraded to the 2015 version.

From a QA perspective, we mainly utilize VS as our IDE (Integrated Development Environment), TFS as our build process, MTM (Microsoft Test Manager) as our Test Centre and Lab Management (an MTM offshoot) as our test lab management tool.

So as you can see, I was excited to get the hotness that was VS 2015, as the rest of the mentioned tools would follow.

I really tried hard to not be impacted by the MS (Microsoft) propaganda I saw at Build2015. There were sessions, t-shirts, stickers, etc. that enticed all of us to upgrade as soon as possible. There were twitter feeds which showed the new features, all seemed rosy. I tried really hard to aggregate the benefits. Below you'll find a list of official and unofficial (but useful) sources describing the list of improvements in VS 2015. From a dev perspective, most seem shiny, new and awesome in general. 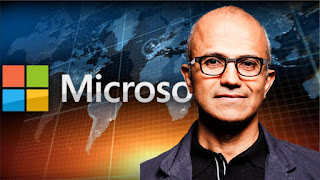 So if you looked at the above links, you'll think the same as I did. Yea, there's a lot of new stuff! VS is truly becoming the poster child of "The New" Microsoft. Seemingly gone are the days of Steve Balmer and the "You're with us because you have to be" mindset. Satya Nadella (MS CEO)has truly attempted to change the course of the ship to create an open source movement which strives for extensibility and transparency and VS is no exception.

Some examples of the new mindset in VS 2015 (as features)

1. Support for multiple platforms (Interesting, from a Dev Perspective)

You no longer have to only develop for Windows. You can use VS 2015 to write native apps for Android, iOS or Windows. VS 2015 also comes with the ability to extend frameworks which will allow you to write mobile apps in C#, but ship them on iOS, Android or Windows (enter Xamarin, Cordova) 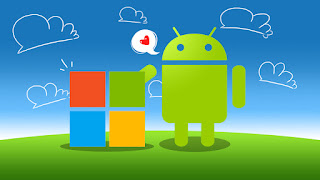 2. Plugins (Interesting for all!)
To allow for better package management, the nuget pacakge management eco system has been extended and revamped. But additionally, as of VS 2015 Update 1, an online ecosystem for VS plugins has been created (https://marketplace.visualstudio.com/). The most important part of the marketplace, is that you can create your own plugins for VS. Imagine that!

3.Roslyn (Interesting for all, pertinent to quality folks too!)
Another huge difference to exemplify the new MS mindset...open sourcing the core .Net compiler (Roslyn). The fact that MS is now giving the ability of anyone to branch and use their .Net compiler on most platforms is kind of bonkers. For so many years, this was  effectively the core competitive advantage in the .Net space. Now it's completely transparent as to what is going on. What does this mean to us though? Do I really care about the fact that I can write my own compiler for .Net? As a geek, sure, realistically, as a Software Quality Engineer, not really. What I do care about though, is about some of the features which are a part of the move to open source the compiler. 4. Roslyn Feature: Analyzers
Basically, you can now write your own set of rules to be followed as part of your development process. The entire process is really well described at https://msdn.microsoft.com/en-us/magazine/dn879356.aspx. But basically if I want to enforce a set of dev rules, similarly to how tools such as fxCop do it. Why would we want to do this? Well say we'd want to enforce a set of naming rules for specific items, we can. Want to ensure a property of type List always is named "x_List"? You can do that. Want to ensure a property of type model, is called a "model"? You can do that. By creating an analyzer you effectively provide a set of rules to follow, which won't allow compilation if broken. Alternatively, breaking the rules can also provide for warnings, but really, if you're going to set the rules, enforce them :)

5. Directly Impacting Features: Unit Test Generation (Intellitest)
Another feature of VS 2015 which is will directly impact the Quality of what we're writing, is the newly shipped IntelliTest feature. The description of this feature can be found at https://msdn.microsoft.com/en-us/library/dn823749.aspx. But basically, imagine a way of generate unit tests. Granted the tests generated are not of high complexity, but they do give you a quick way of providing quality to your specific implementation. I have not played with this feature yet, so I cannot provide a personal perspective, but it's definitely on my list of things to do.

6. Directly Impacting Features: Performance Testing Upgrades
Again new in Visual Studio 2015 is the direct integration of Application Insights. I believe this is not a new feature to the VS suite, but I believe it has been included by default for the first time in VS2015. This feature is fully described at https://www.visualstudio.com/en-us/get-started/test/get-performance-data-for-load-tests, but basically allows you to identify bottlenecks within your application's code, when ran against the source code. I have not run this feature specifically, but look out for a future blog post about it, since I plan to do so in my series of ventures into performance testing. 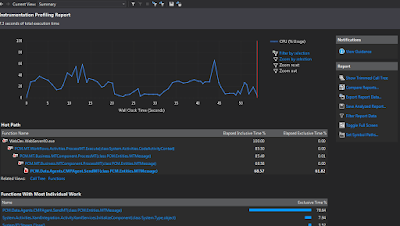 7. Directly Impacting Features: Awesome debugging (ex. Lambda's in Locals Window)
In Visual Studio 2015, Microsoft has drastically improved debugging. Due to the way the compiler has been improved, one can now debug lambda statements as the code is running. This means that you can insert lambda expressions in the watch window, and have them evaluated.

This is a great improvement for us as automators dealing with hand coding, since lambda expressions are used all the time in our code. Remember how hard it was to figure out if that pesky string to date function will work in your model implementation? You now don't have to set variables to see the result. Simply use the watch window.

The other thing I noticed which was pretty awesome is the increased ability to jump back and forth in running code. Apparently this is again due to the way the compiler handles debugging.

How Do You Do It?

Welp obvy you need an MSDN subscription if you want VS2015 for enterprise use. If you don't have an MSDN subscription, you can always download the community edition (https://www.visualstudio.com/en-us/products/visual-studio-community-vs.aspx). With the enterprise edition, you get the full suite of all goodness, with community edition, you get a bit more of a basic environment. If you're interested in all the feature differences, check out the third link in the interesting links secion.

What Are The Implications
So, Visual Studio 2015 is the hotness right? It's got all the things for all the environments that matter...right? It's the new Microsoft right? Everything works all the time right? FALSE. There are some pitfalls. Specifically when it comes to test lab management, which is something very near and dear to my  heart. But since this blog post is getting really long winded, I'm going to wrap it up and tell you about the smelly pieces I have run into in the next one. 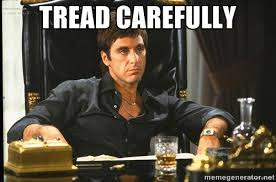 Interesting Links Mentioned Above
1. VS Features: